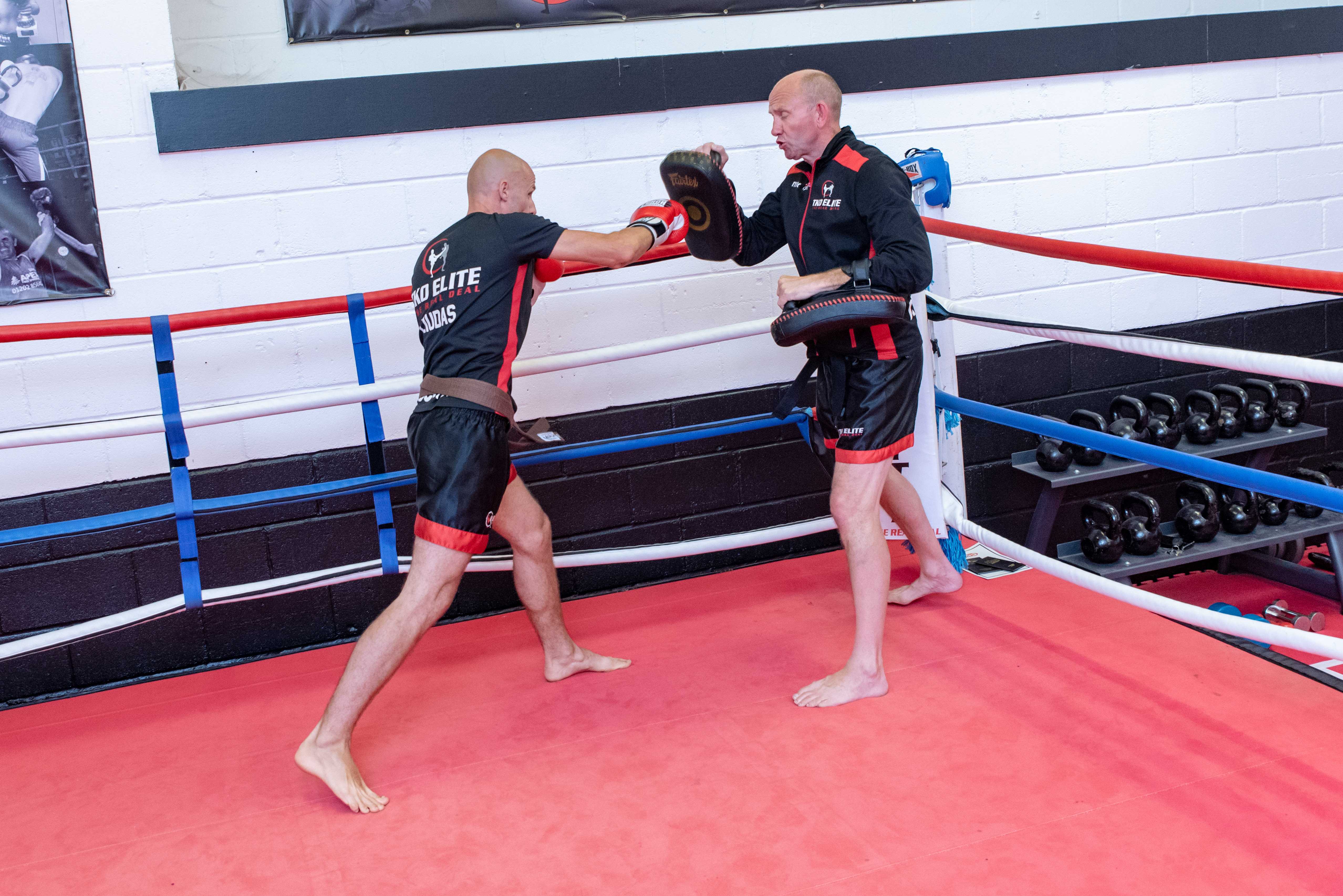 Colin is the Chief Instructor and owner of the TKO Elite Gym. Having created and established the name of TKO within Kickboxing in Kent he has trained every top ranked fighter and Champion that has fought under that name. His impact on the sport within the county has been considerable and many of the Kickboxing gyms in the areas surrounding the Medway towns have a link direct or otherwise to Colin and his gym. Alongside his success as a coach he created and promoted the first regularly staged Kickboxing events to be held in the county with the prestigious KOMBAT ZONE events being staged every year since 1996 and its accompanying event the BATTLE of KENT is now the largest and longest running series of event of its kind in the country.

Colin’s Martial Arts journey began in 1973 starting in Wu Shu Kwan Chinese Boxing in Catford, South East London where he lived at the time. Moving on to training in kyokushin karate and derivatives of it as well as pursuing a competitive Amateur Boxing career, he opened himself up to as many influences as possible and trained in anything that took his fancy. He spent a lot of time just visiting clubs of all different styles just to have a look at whatever he could and then have a go at each one, something he believes was invaluable in picking up experience and knowledge that helps him to this day.

Competing in as many formats as he could Colin spent many years observing the many tournament circuits that were around leading on to him pursuing what has become his passion, that of coaching competitive fighters.

Through Colin's efforts and that of the various competitive teams he has coached over the many years the TKO Elite name has become firmly established as one of the leading gyms in the country.

Awarded his 7th Dan Black Belt in January 2021 , Colin continues to teach every day. He is a British Boxing Board of Control Professional Boxing trainer and up to recently was Co-Director for Europe for the International Kickboxing Federation, a role he stepped down from in 2016 to focus all his attention on the development of the TKO Elite Gym. However he maintains a role as a senior official in the organisation and continues to officiate at events throughout the country.

Now in his 47th year in Martial Arts his enthusiasm for the arts and the sport of Kickboxing remains as strong as ever and he is supported all the way by his team of Instructors and most importantly by his wife Wendy and Daughter Chelsea. 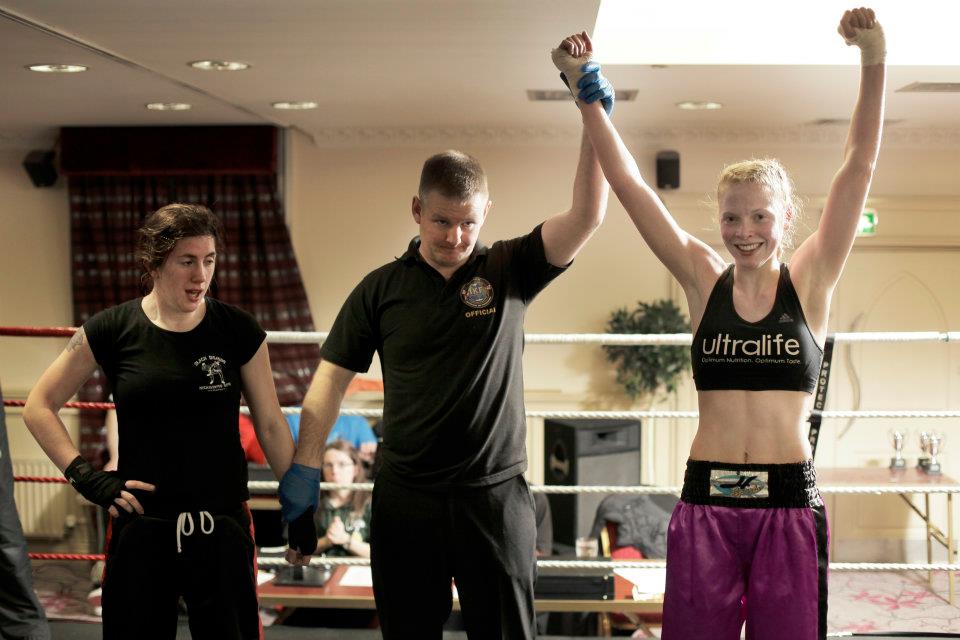 Kelly started her training in 2001. Initially pursuing her goals through the grading system she moved on to have a competitive career which brought her great success.

Initially starting to compete 'just to see what's it like" she went on to be ranked the number 1 full contact fighter in her division, winning along the way the IKF British title, the IKF 5 Nations title, the WKA Commonwealth title and also travelling to Florida where she took first place in the IKF World Classic event.

After a brief period of rest from competition she came back when asked to challenge Natasha Baldwin for the WKA European title and travelling to Scotland to fight in her opponents backyard she was given a draw, a decision felt harsh by many at ringside. However it was a great performance and a fitting one to end what had been a great competitive career.

Earning her Black Belt in 2007, 2nd Dan in 2010, her 3rd Dan in 2014 and has just this year be awarded her 4th dan. Kelly is now married to husband Dan (a former top ranked fighter himself) and has 3 children, however she continues to teach at the TKO Elite gym on a weekly basis and is a great role model for all the aspiring young competitors coming through 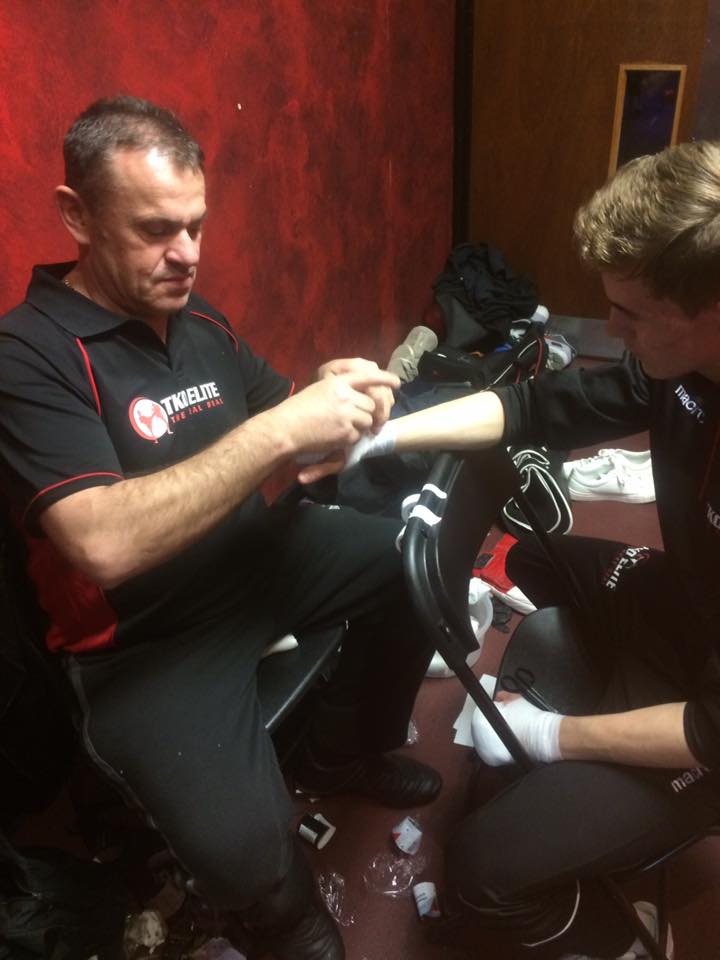 Warren started his training in 2000. Although being as he would admit, not the youngest at time he undertook a competitive career in both Kickboxing and White Collar Boxing, picking up valuable experience that has helped him to become a valued member of our teaching team for many years.

Warren now concentrates his coaching efforts in our busy Boxing class, although also continues to travel the country as a senior judge for the International Kickboxing Federation. 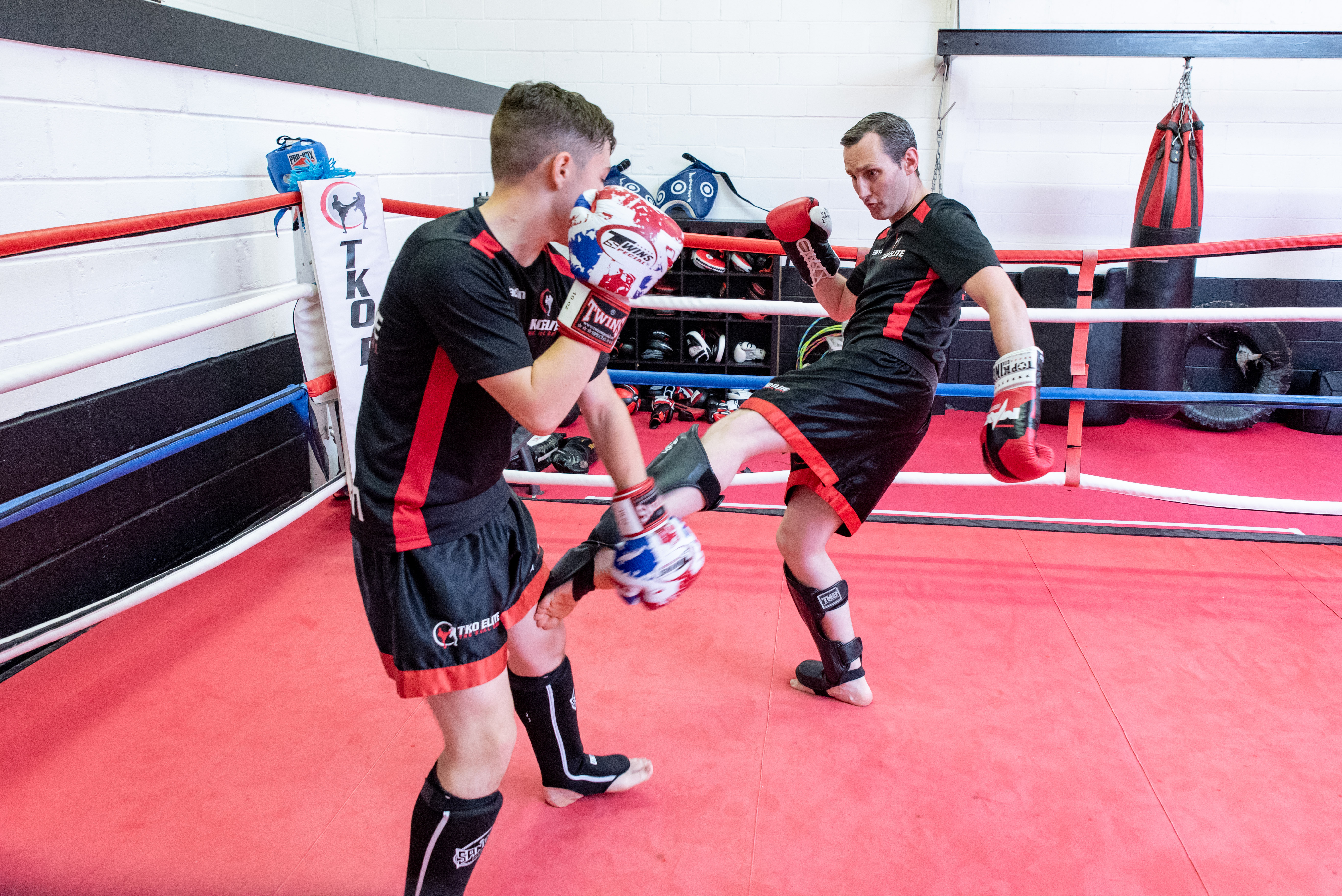 Frank teaches classes in both our Basic and Advanced Classes and is regularly seen at events helping in the corners with the other coaches passing on his knowledge to the younger fighters.

Frank's own competitive career saw him meet some of the countries top fighters in the division at the time such as Barinder Singh, Luke Read, Steve Swinburn and many more. He was a regular on the KOMBAT ZONE events as well as fighting elsewhere. Over 1000 people have viewed his Back Kick knockout on Youtube at https://www.youtube.com/watch?v=aCFlPdp54kQ

Frank continues to train and a lot of Fridays can still be seen mixing it up with the young guns at our sparring class. 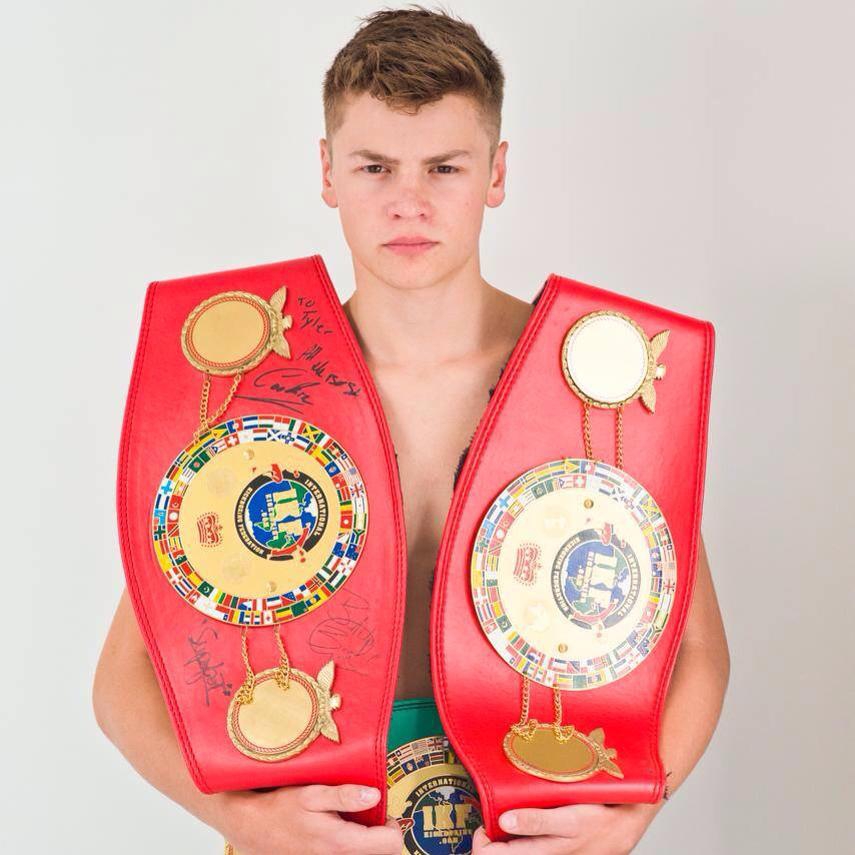 Tyler is a former undefeated IKF 5 Nations Junior Champion, winner of the European Junior Open in Bordeaux, France in 2012 and is now part of our teaching team covering our Basic Kickboxing class. 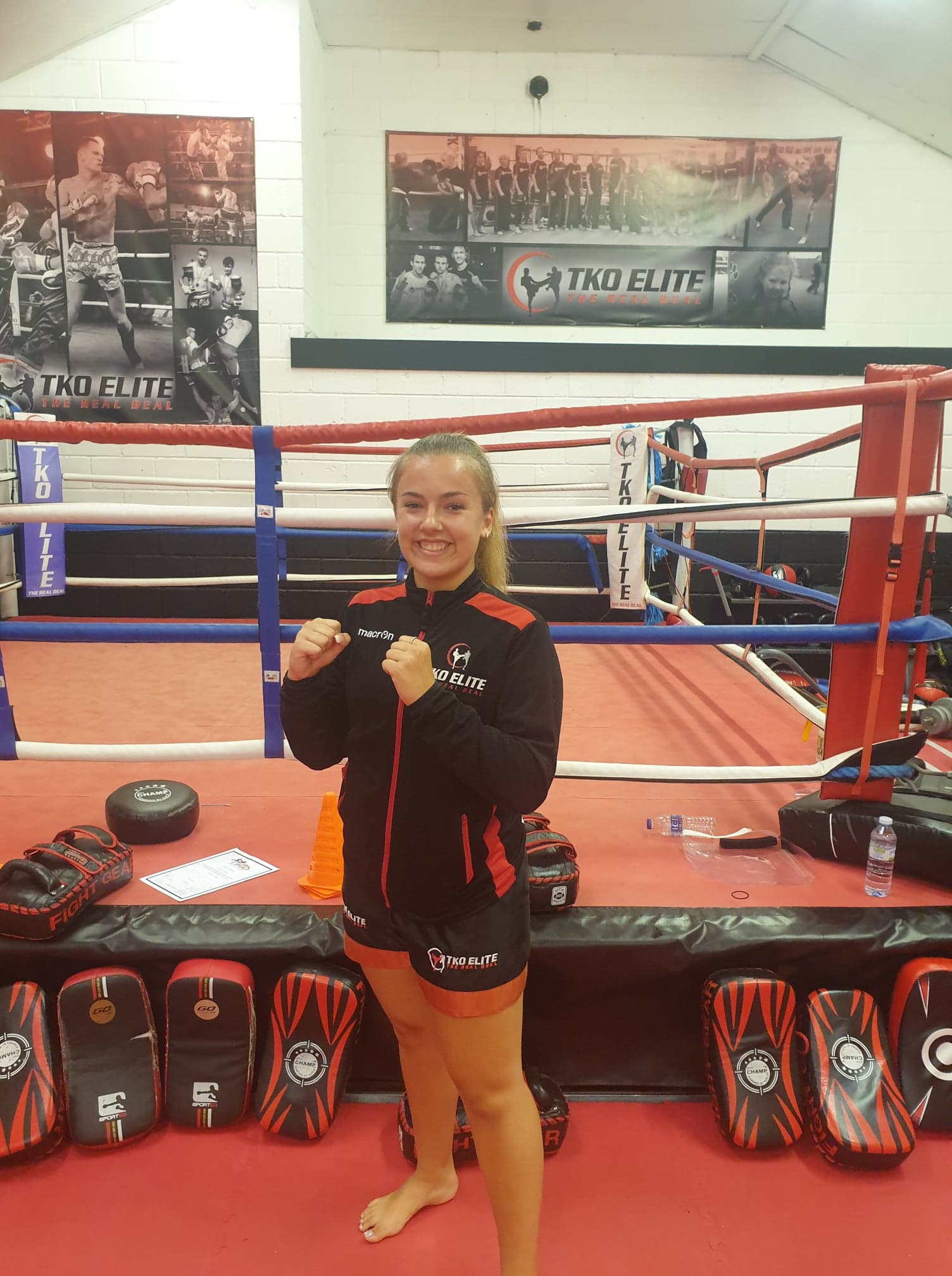 Faye is responsible for our TKO TOTS classes whilst playing a role with our junior classes as well.

Faye stepped into take our TOTS classes during lockdown and did a fantastic job of keeping our youngest members engaged and active during a very stressful time in their young lives, not easy when you consider the classes were online at the time.

Training for over 6 years now Faye continues to train with the same effort and enthusiasm as she always has, always looking to develop her skill and knowledge wherever possible. She is a valued member of our team. 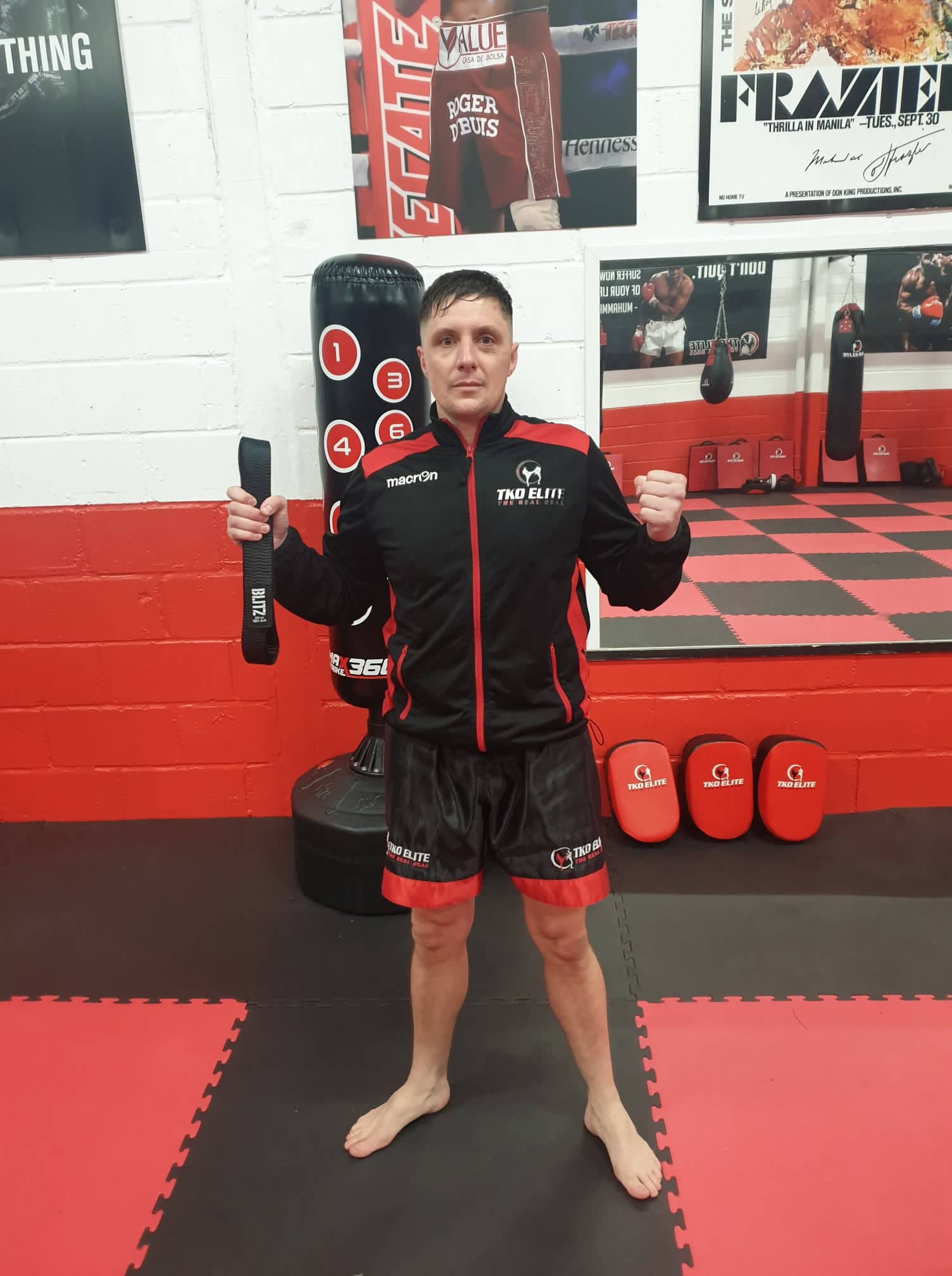 Luke has just achieved his black belt grade and is now part of the team that teaches our Junior classes.

Alongside that Luke also teaches our adult classes as well has training on a regular basis as all our Instructors do. 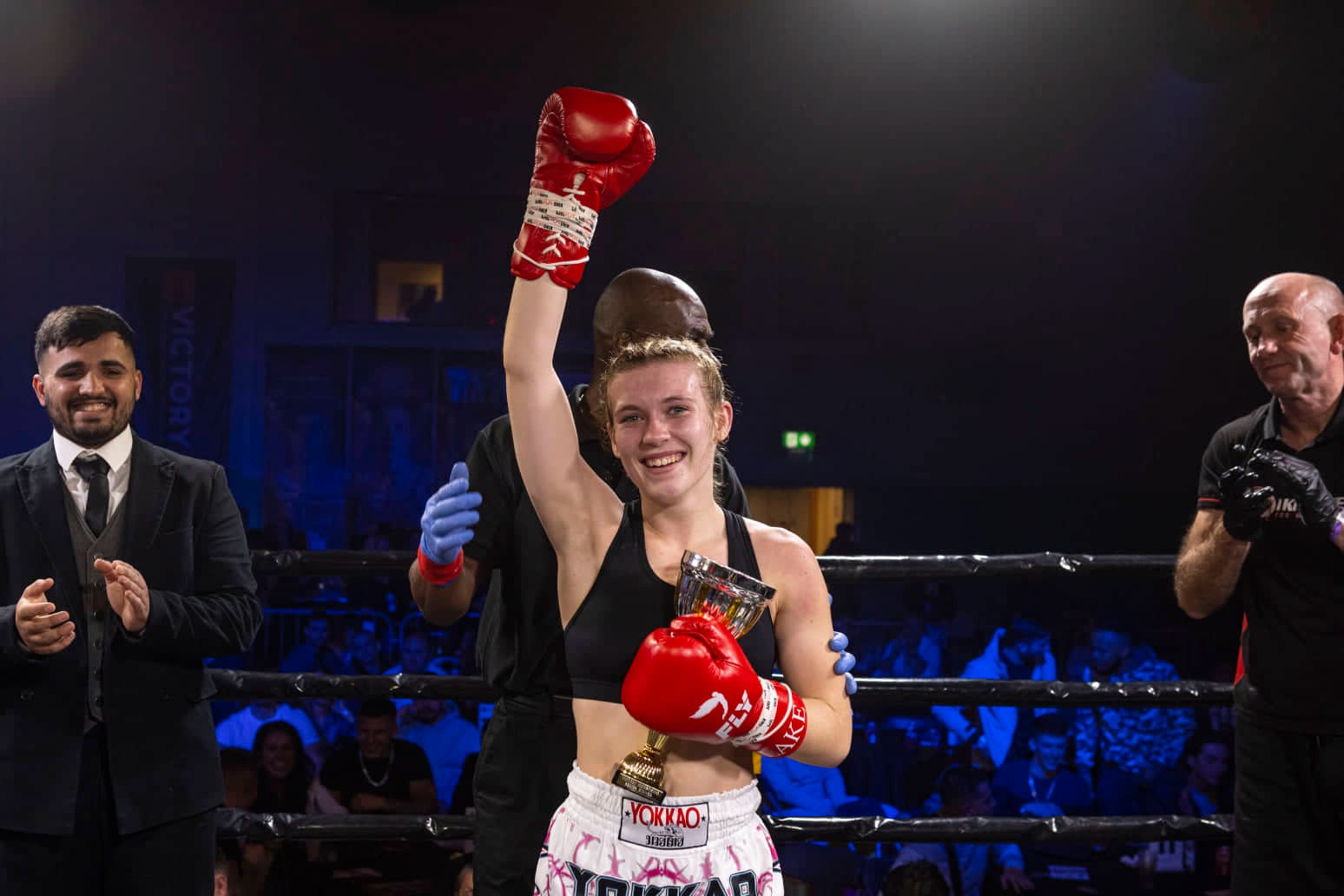 Erin is responsible for one of our Junior classes teaching on both Monday and Thursday.

A successful competitive fighter as well, she is currently unbeaten under K1 rules.

Training consistently every week, she will be attempting her Black Belt in November of 2022. 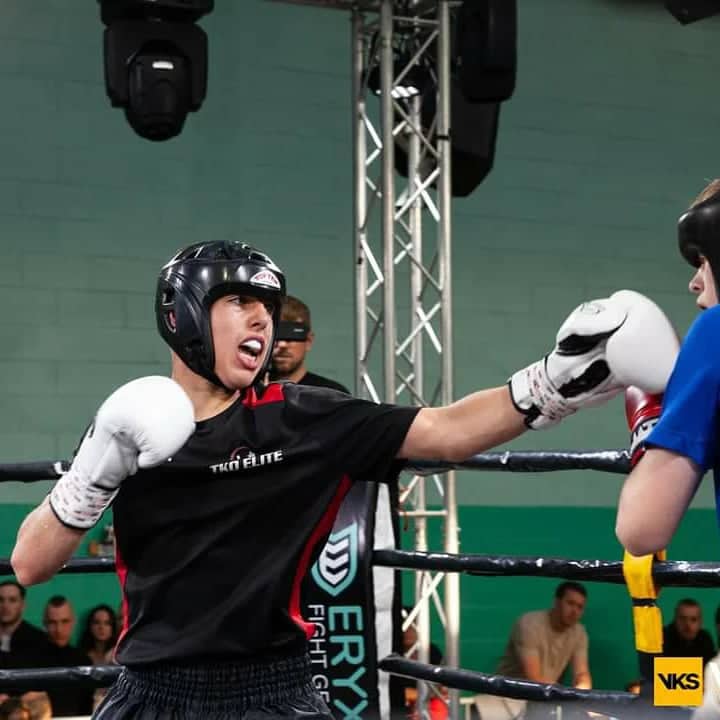 Nondas is the youngest member of our team and assists in many of our classes throughout the week.

An active fighter Nondas trains every day as well as helping with the running of the gym.

Only been with us for just over 2 years he sets a great example for our younger members to follow. He too will be going for his Black Belt in November 2022