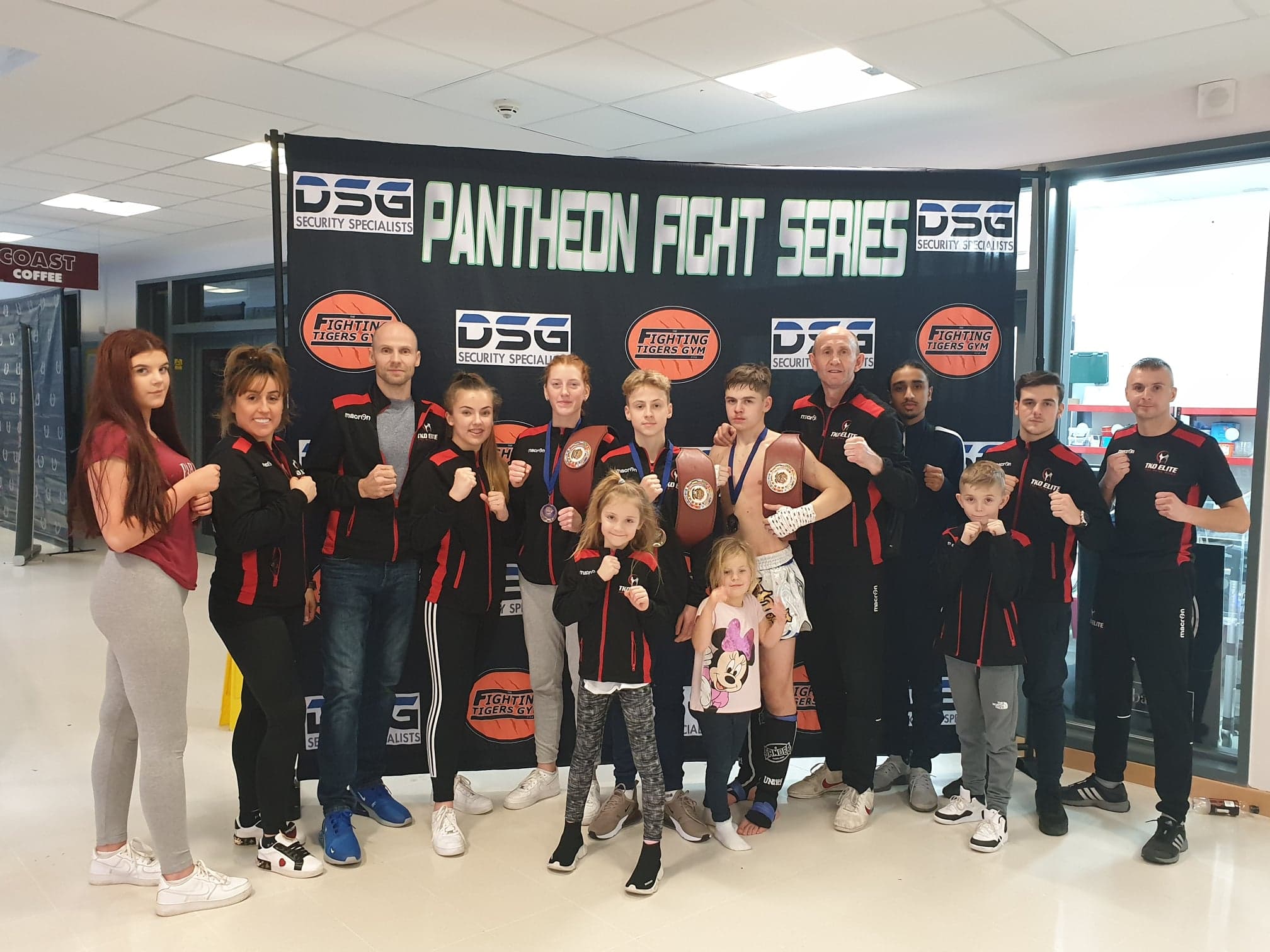 At the end of a long and rewarding Sunday here is the picture of our team of 3 all of whom came away with a first place at yesterdays IKF European K1 open in Hastings. All took first place in the novice divisions of the championships. To say I am pleased as their coach with their performance is of course an understatement. They all worked hard in their prep giving it 100% and then on the day couldnot have done more.

Cari-anne Stuart was our first up in the girls under 60 kilos and met a strong girl from Scorpions gym and the two of them had a great fight. I felt we lost the first round but Cari-Anne came back strong and took the 2nd and 3rd and therefore the win.

Liudas Prusinskis Jr. as I said yesterday had a very tough and messy fight in the semi-final both boys were letting their enthusiasm getting the better of them and neither I’m sure were producing their best work, however in the 3rd round Liudas finally got his range and sealed the win with a strong round. In the final he was much cleaner, using his technique well and won clearly.

Lewis Hitchen was in one of the bigger categories of the day and really worked for his win. In the semi-final he met a very good and incredibly tall fighter from Combat Academy and I must admit when he first walked to the ring I thought I might have to get a step ladder for lewis to stand on lol ..but the strategy was clear, take the fight to him, push forward and not let him use his range. With a few bumpy moments along the way he took the win moving into a final which must have been one of the best fights of the day. A strong tough fighter from DFC with my old friend Danny Dfc in his corner who gave Lewis a fight pure and simple, he never stopped throwing and the two boys did myself and Danny proud as to use that old cliche they left it all in the ring. The win went to Lewis but more importantly it was a fantastic learning fight I’m sure for both lads.

I must apologise at this point for not getting any of the names of the opponents. No disrespect was intended, it was just an incredibly busy day and preparing for the fights had to take priority.

So, a great day, I could not be more pleased with the 3 of them who are an integral part of the new TKO Elite Team that we are building right now. All young, all very dedicated and an absolute pleasure to work with. As I always say when asked the question ‘whats the best team you’ve ever coached’ I always say ‘it’s the one I coach today’, don’t want to live in the past, got loads of things we want to do in the future.

Thank you to all our supporters who came along, really nice to have a good group there cheering them all on, so thanks to all of them.

Thank you to Rytis Vilionis who stepped in to coach with me as Kelly Chubb was sadly unable to make it and he did a great job.

A brilliant end to the first month of the year which has been an outstanding one for the gym as a whole. Loads of new people, BRILLIANT atmosphere in classes and as said the building of a new Team TKO Elite coming on great. We have always strived to compete with the best and nothing has changed.