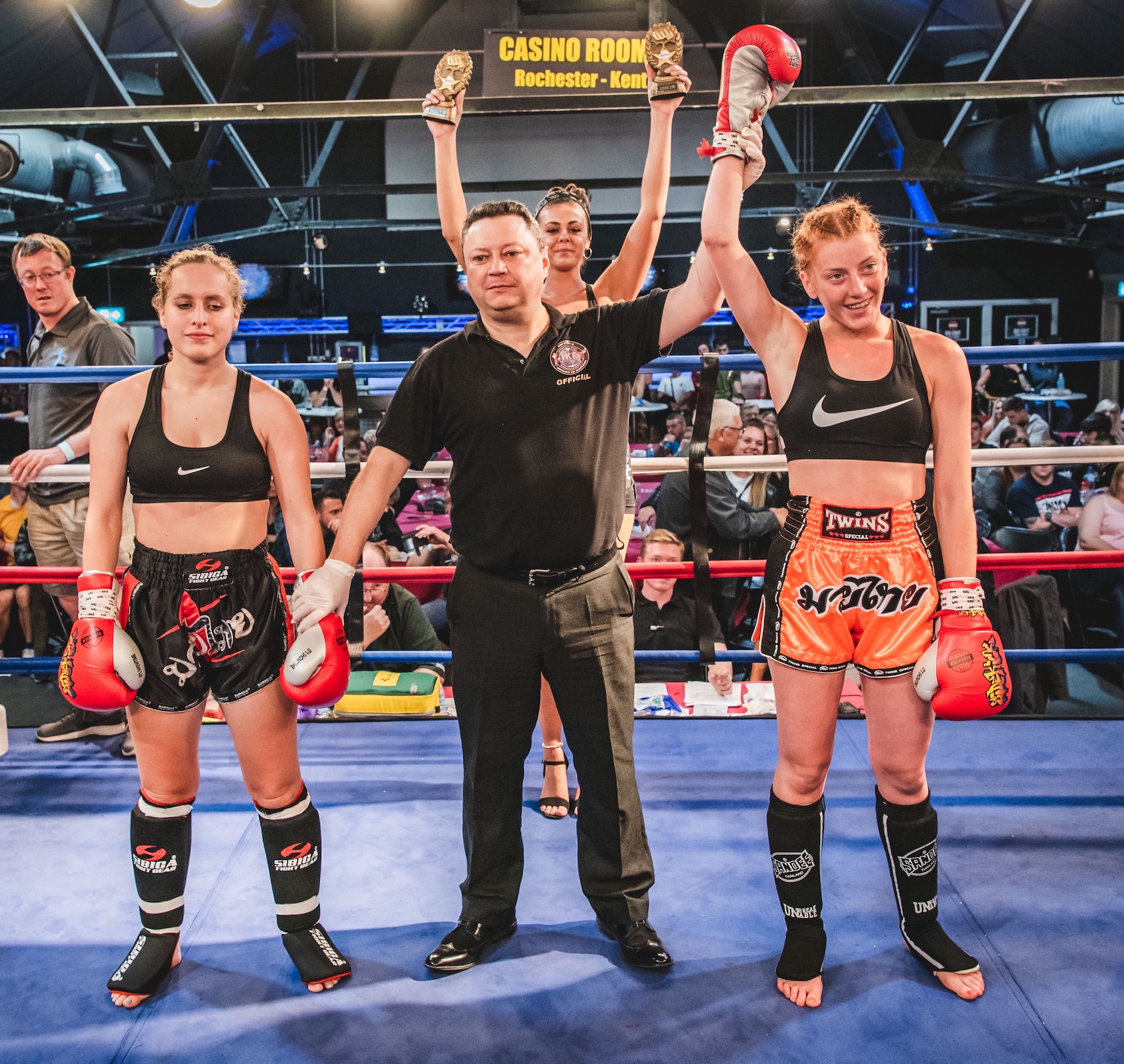 Another successful KOMBAT ZONE was held on Sunday and a big well done to all our team who did us proud.

First up was Luke Walsh in his ring debut against the very good Billy Thompson from SXF in Essex.  A very good fight, a great performance from Luke, one to be proud of. Decision went to Billy, however the minus point that Luke got for an unintentional low blow didn’t help us, however no matter it was an outstanding effort.

Next up we had Filip Zamroczynski boxing Lewis Carr from Norwich. This was a war, both were throwing bombs, however once Filip stuck to his boxing working behind the jab he made life easier for himself and at the end took a clear decision.

Liudas Prusinski Jr had a rematch with the french fighter Dharour Chik. Last time it was a draw, however this time Liudas did the better cleaner work and took the win.

Lewis Hitchen met a very tough Youssef Uarghe from Holland and it was a HARD fight from start to finish. Youssef took the first 2 rounds, but Lewis showed great character to come back hard and battled through the 3rd round. No disgrace in losing to a very good opponent and he will come back stronger because of this.

Lastly, we had Cari-Anne Stuart fighting Hattie Cocksedge from Unit 1.  She was meant to have a rematch with Paige Gregory who had beaten her closely back in May but Paige had to withdraw through injury. In stepped the very good Cocksedge who made Cari-Anne work but she was not to be denied. After blitzing the first round through pure aggression, she settled down in the 2nd and 3rd and showed great shot selection, good defensive  skills and most importantly great use of the knees to take the win and then an hour later was awarded the trophy as fighter of the night from MC Malcolm Martin.

A great night, thank you to everyone who came along and supported our team. Please look out for details of the next outing for them and lets have have another big team of supporters there