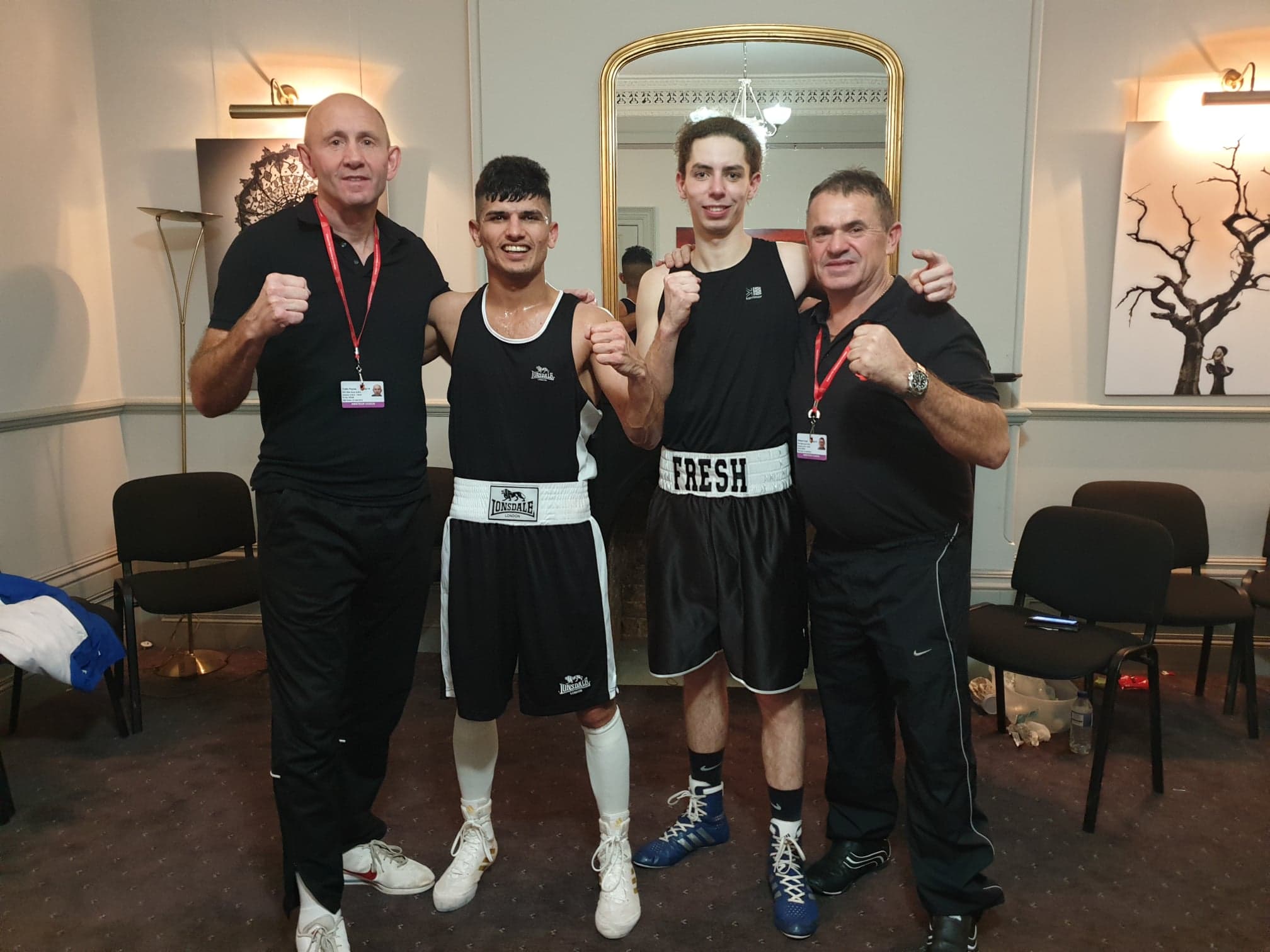 James Prince had his first fight and came away with a points win. Nice fight, he boxed well and negated his opponents southpaw stance with nice use of the straight right. Dropped the tempo a bit in the 2nd, but picked it up nicely in the 3rd and secured the win

There was a 3rd round TKO win for Safeerullah Safie. This was a proper fight. Tough opponent who came to fight but Saf is improving all the time and for me this was his best performance. Inflicted a count on his opponent in the 2nd and then the ref stepped in during the 3rd.

Both lads did Warren and I very proud for both the way they prepared and the way they boxed on the night, couldn’t be more pleased, well done to both of them, more from them to come we are sure