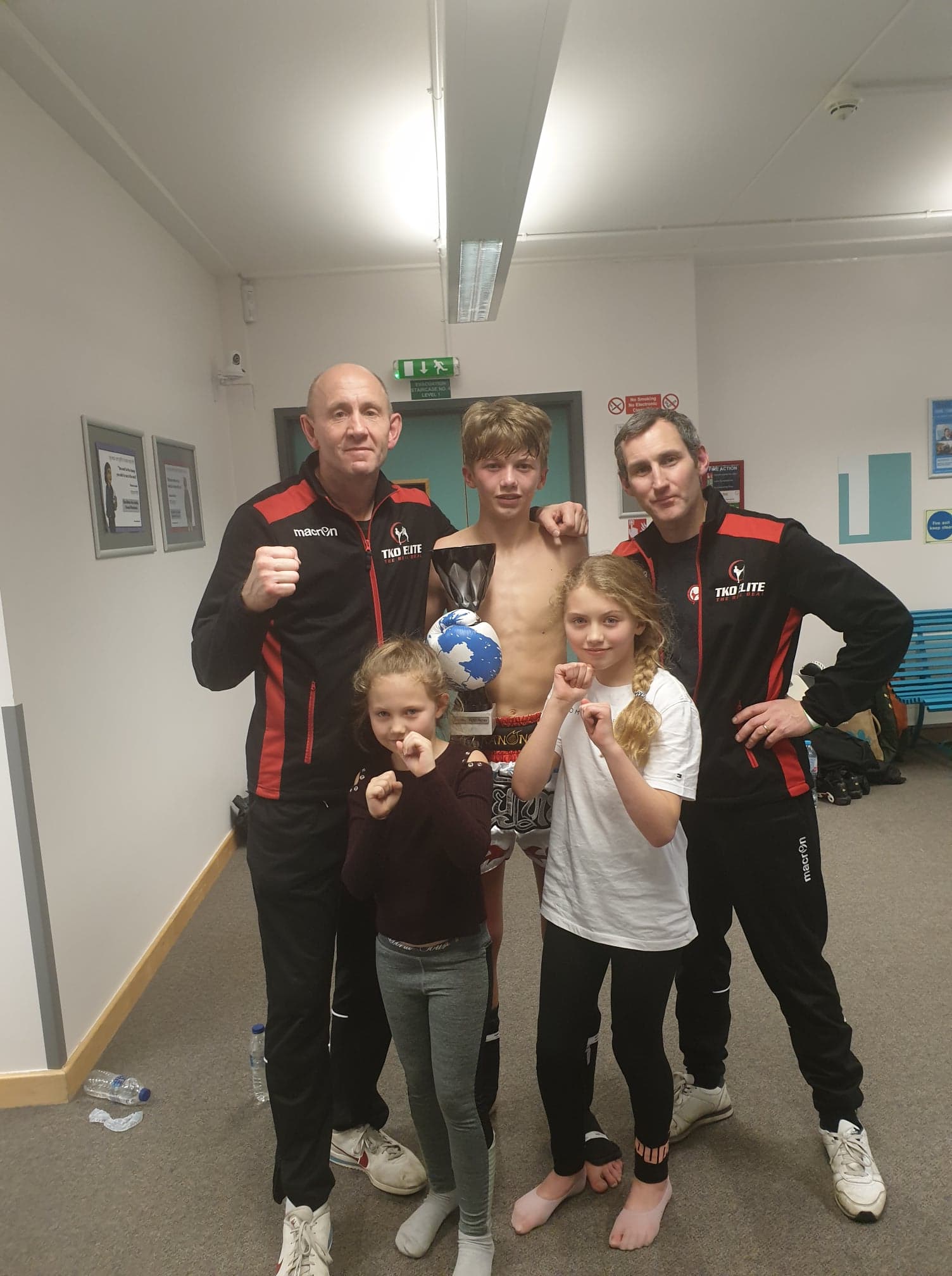 A great night in Hastings on 28th November

First up we had Adam Sah in his debut fight against Cameron Semple from Fighting Tiger. BIG thank you to Cameron who stepped in at 3 days notice when the original opponent had to withdraw and the 2 lads produced a great fight. Typical first bout, loads of effort, lots of energy with boys tiring a touch but a fight the crowd loved it. Points win for Adam.

Next up we had Luke Walsh and could not be more proud of Luke. Lost his first fight back in September and we spoke about what we had seen that night and what we had to work on and he made all the adjustments we wanted to see with a brilliant performance. Need to thank Andy for giving Luke a chance for an international fight at this early stage of his career as Luke took on Louis Waroquiz from France coached by our good friend Maxence Lamouret (sorry I didn’t get a chance to say goodbye Max). A clear points win sealed with a count in the middle of the bout. Great win for a hard working lad.

Then we had Lewis Hitchen in his first 5 rounder for the IKF Southern area title against Hayden Cribben from PWA and these 2 did both gyms proud with a great fight. TOUGH hard fight that was very close but the difference in the fight was the knockdown Lewis scored with a great knee and the win at the end went to him. Got to say I wished I had filmed these 2 lads in the changing rooms after the bout showing so much respect to each other and talking like old mates which was no surprise as they do know each other, but it didn’t stop them punching the **** out of each other 😂…wonderful fight.

and lastly to our big man Filip Zamroczynski. Matched with Micheal Rixon from Fighting Tigers he struggled to get his rhythm in the first as Micheal pushed him back, however in the second Filip got into his stride and scored an early knockdown and then shortly after landed the fight ending shot to take the KO win.

On behalf of Warren Fryer, Frank Miall and myself I would like to thank our team for the way they fought but also for the way they conducted themselves throughout, they were a pleasure to work with.

Big thanks to our army of supporters, REALLY do appreciate the support, made it a great night