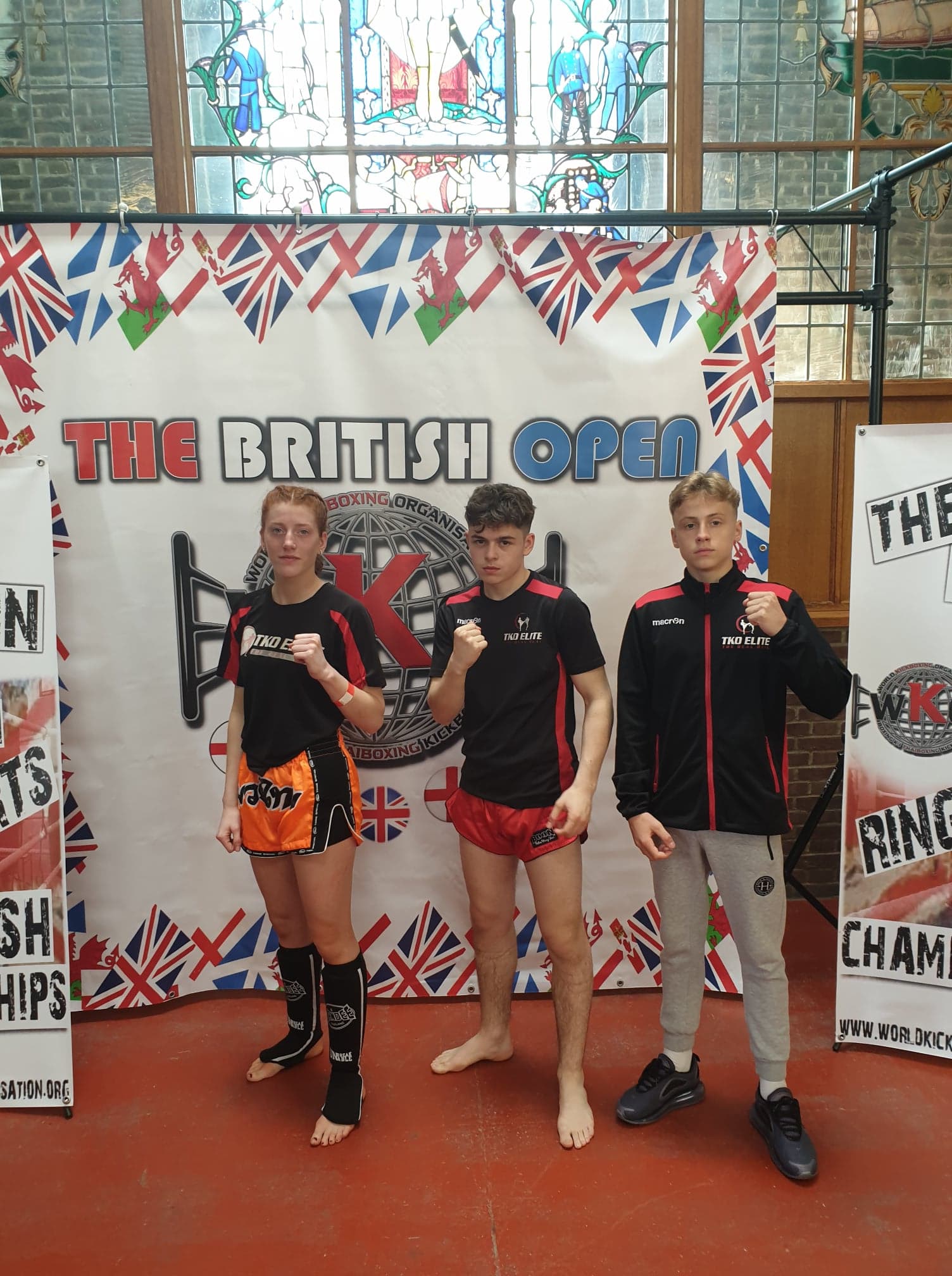 First of all, apologies for the lateness of this report.

We entered 3 fighters  and to say we are proud of our team is an understatement. Not just for the way they fought, but for the way they prepared in the lead up to the event and for the way they conducted themselves on then day as well. Respectful and courteous, great role models for the other members of the gym to follow.

Lewis Hitchen was up first fighting in the K1 rookies under 62 kilos. This division is for people who have trained for up to 18 months and so as Lewis walked through our doors 17 months ago it was a good division for him. Two tough fights back to back and he really had to work hard in both, but edged the semi-final (that has to be a rematch sometime) and then carried on where he left off in the final taking first place. Great performances and just one week after he fought and won at Pantheon in Hastings.

Liudas Prusinskis Jr. was next and he had a massive task as he was fighting Riley Smith, ranked as the number 1 fighter in the country. This was a great fight and Liudas showed no respect for the greater experience of his opponent and worked from the off. Riley is a fantastic multi titled fighter but the tournament format can bring about these fights and thats the test for a young developing fighter like Liudas and the reason we enter them. It was a tough tough fight, very close but the decision of the judges went to Liudas and we are very proud of him for the way he went about his work. So, second gold for us.

Cari-anne Stuart was our third and she unfortunately lost in her bout, however that far from tells the full picture. This was a WAR, our good friend Malcolm Martin called it the best of the day up until then, it was a fantastic fight with Cari-Anne and her opponent Paige Gregory doing both gyms very proud. We took the first round we thought clearly, but then Paige nicked the second and so a third and deciding round was called for and no arguments Paige just edged her way, but brilliant fight and the sort of fight that will make both girls a better fighter today.

3 fighters that we are very proud to have as part of our team. A big thank you to our TKO Elite support army without whom attending these events would be impossible.