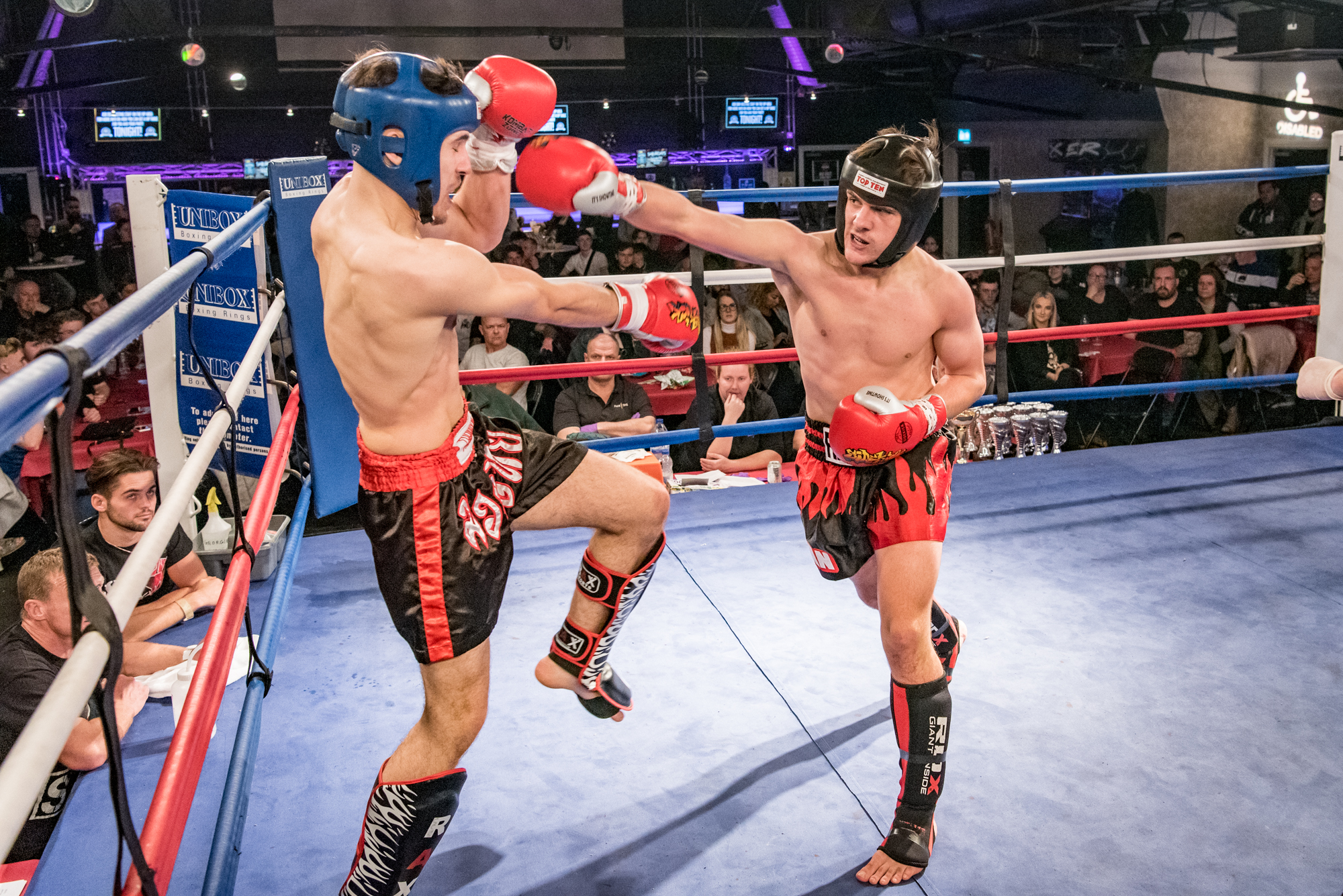 Well done to our team of 4 fighters who fought on the big KOMBAT ZONE event on Sunday. 2 wins, 2 losses, but all did us proud in both the way they prepared for their contests and the way of course they performed on the night.

Will French took a great win in a hard fought contest with Ethan Costi. It really was a brilliant fight and Will had to work hard to secure the win, but he always managed to keep that touch ahead and at the end the unanimous decision went his way.

Safeerulalh Saffe produced his most controlled performance in outscoring a very tough fighter in Josh Simpson. Boxing to orders he kept his composure for the full 3 rounds and never allowed his opponent to drag him into the type of fight he wanted.  Showing good use of his jab and movement he was always one step ahead.

Lewis Hitchen and Sham Singh were unfortunate this time round, Sham losing a close design to Adis Murasavos from SXF whilst sadly Lewis took a hard body shot in the first round which left him unable to continue, however he like Sham will come back stronger from this I’m sure.

A big thank you to all our members who came along to support our fighters and the event itself so well. You made LOADS of noise, so well done.